This is one post in a series about Hero Round Table videos.

Graham Goulden wears a kilt and talks about violence. He wants you to talk about it, too. (The kilt is optional.)

Graham talks about the countless interviews he conducted during his thirty-year career as a police officer in Scotland, in which witnesses “knew something was going to happen,” but they did nothing to prevent the crime. Motivated to empower ordinary citizens to ‘do something,’ Graham helped launch a special police Violence Reduction Unit dedicated to coordinating a national anti-violence campaign.

He believes that “Silence is the infection that keeps violence going. We all have the responsibility to take a stand.” He points out that physical violence is the apex issue, but it springs from roots in emotional violence, such as name-calling and gossip. The “false consensus” is that everybody approves of these verbal precursors to physical violence, but the truth is that nobody approves. “Most people don’t need to know the truth, they just need reassurance that what they already know is the truth.” That’s Graham’s mission: to break the silence.

So, he wears a kilt sometimes and talks about violence constantly, "like a dripping tap," and encourages everyone to do the same – to declare their views in their schools and at work. All these dripping taps can eventually fill the bucket, so there’s no more room for violence.

Since retiring from police work last year, Graham continues to prevent violence by speaking to groups and leading workshops. He often partners with the Heroic Imagination Project and Mentors in Violence Prevention.

Round the Table Podcast 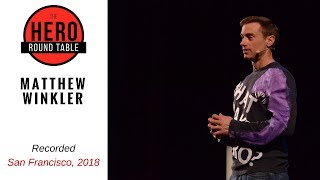